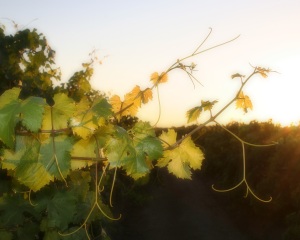 The Art of Spiritual Autobiography

Public Narrative is another project from Harvard University that has also gotten some traction in spiritual circles. It was used as a focal point at the 2009 Episcopal Church’s General Convention. Marshall Ganz, lecturer at Harvard’s Kennedy School of Government, explains, “Public narrative is woven from three elements: a story of why I have been called, a story of self; a story of why we have been called, a story of us; and a story of the urgent challenge on which we are called to act, a story of now. This articulation of the relationship of self, other, and action is also at the core of our moral traditions. As Rabbi Hillel, the 1st Century Jerusalem sage put it, “If I am not for myself, who will be for me? If I am for myself alone, what am I? If not now, when?””

Thomas Groome, Professor of Theology and Religious Education at Boston College, is another person who taps into the notion of “My Story, God’s Story, Our Story”. His shared Christian praxis, includes scripture and tradition as part of one’s educational foundation.

The Jesuits give an excellent definition of a spiritual autobiography: “A spiritual autobiography focuses less on the people, events and experiences of a person’s life and more on what these people, events and experiences meant for him and how they formed him or shaped the course of his life. It allows the writer to communicate who he is as a person and what is important in his life. Yet the process of crafting a spiritual autobiography demands that he communicate this to himself as well. It demands that the writer look within himself and that he ask himself the very questions he hopes to answer – Who am I? and What is important in my life? It demands that he look long and seriously at the people, events and experiences of his life, his struggles and conflicts, his strengths and weaknesses, and the decisions he has made. Yet it is in seeking to understand these seemingly disparate facets of his life that he gradually comes to understand them in all their interrelatedness. More importantly, it is there that he will often discover God in his life, not simply as his Creator and Redeemer, but as One who has been present and actively ‘at work’ in his life, inviting, directing, guiding and drawing him into the fullness of life.”

This year’s EfM focal point for creating one’s story is through a process called “Stepping Stones”. Jenifer C. Gamber, an on-line EfM mentor, has created a video explaining the metaphor to those who are discerning the moments of shift and journey in their lives.

There are a variety of ways of gathering one’s thoughts about your own history with God. You can develop a time-line, thinking about the historical events that occurred during your life and placing your thoughts, feelings, location and other personal events alongside it. Put together some photos – personal or magazine clippings that resonant with you for different phases of your life. Or following the model of Godly Play, create an Object Box containing mementos and artifacts which have had meaning to you throughout your life. Download this document to give you some other ideas.

“Each person has a history because of his or her own experiences. But not until the person’s history is expressed does it have life. The telling generates the story, giving it form and meaning. Once expressed, a person’s history becomes concrete and actual. It becomes something that can speak to the self. You do not have one history but many.” (Common Lesson Year D of the EfM materials.)

2 thoughts on “Telling YOUR Story”