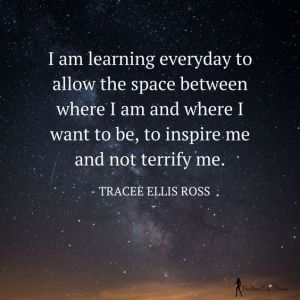 This Lent I have been following along with the journal, Meeting Jesus in the Gospel of John; I have been struck by how the themes of John speak to what is going on in the world today. It hasn’t escaped me that this past weekend’s #MarchForOurLives occurred the day before Palm Sunday, the day that Jesus marched into Jerusalem to proclaim the coming of the Kingdom of God and challenge the status quo. The words that have spoken to me in the readings (and nightly news) these past weeks have been: testify, witness, declare, action. Jesus is among us again as a high school student.

I live a pretty privileged life. While I wasn’t born with a silver spoon in my mouth and put myself through college while working some pretty tough jobs, I haven’t had to march for my life. I have had my share of participating in demonstrations, holding signs, and chanting with the crowd––but then I’ve had the luxury of going back home to a roof over my head, food in my belly, and a family to surround me with love. END_OF_DOCUMENT_TOKEN_TO_BE_REPLACED

For the next few weeks, our Gospel readings will be focused on bread. Last week we heard the story of the feeding of the five thousand, miraculously accomplished through the division of five loaves and two fish from someone who was willing to share their food.

No matter how we might explain that miracle, it is a story of abundance. Every Sunday we celebrate that abundance of God’s love here and in churches all around the world. Some gatherings are small, some large. My job takes me to many places around the country in which I have had the opportunity to worship in many settings. From a large, ornate cathedral brimming with people to a few people gathered in a circle under a large tree, the eating of bread and drinking of wine – from one loaf and from one cup – symbolize our unity through time and space.

I got to experience a daily Eucharist along with an average of 3,500 people in July at General Convention. Each worship service involved 36 to 40 deacons, two to six vergers and a dozen altar guild members. They used one-and-a-half cases of Taylor Tawny Port and 96 loaves of bread from a local bakery. The elements were distributed by 144 Eucharistic ministers at 12 stations.[1] Not quite one loaf and one cup – but we were one in Christ. Fed with the bread that lasts forever.

There’s another particular church I have visited in San Francisco that many of you may have heard about. St. Gregory’s of Nyssa was built in 1995 in a not-so-great neighborhood of Portero Hill across from a brewery. Their mission statement is “to see God’s image in all humankind, to sing and dance to Jesus’s lead, and to become God’s friends.” Their liturgy is fully participatory and all are welcome–especially strangers—to communion. The sanctuary is incredible: the saints dance high above, depicted by Mark Dukes, a local

African-American iconographer, who painted the entire rotunda with a mural of ninety larger-than-life figures, ranging from Teresa of Avila to Malcolm X and King David, dancing in a circle led by a dark-skinned, risen Christ. And as they move in their space, singing and dancing, they move from an area where the Word is shared to the table, where the gather around, centered below the dancing saints. END_OF_DOCUMENT_TOKEN_TO_BE_REPLACED